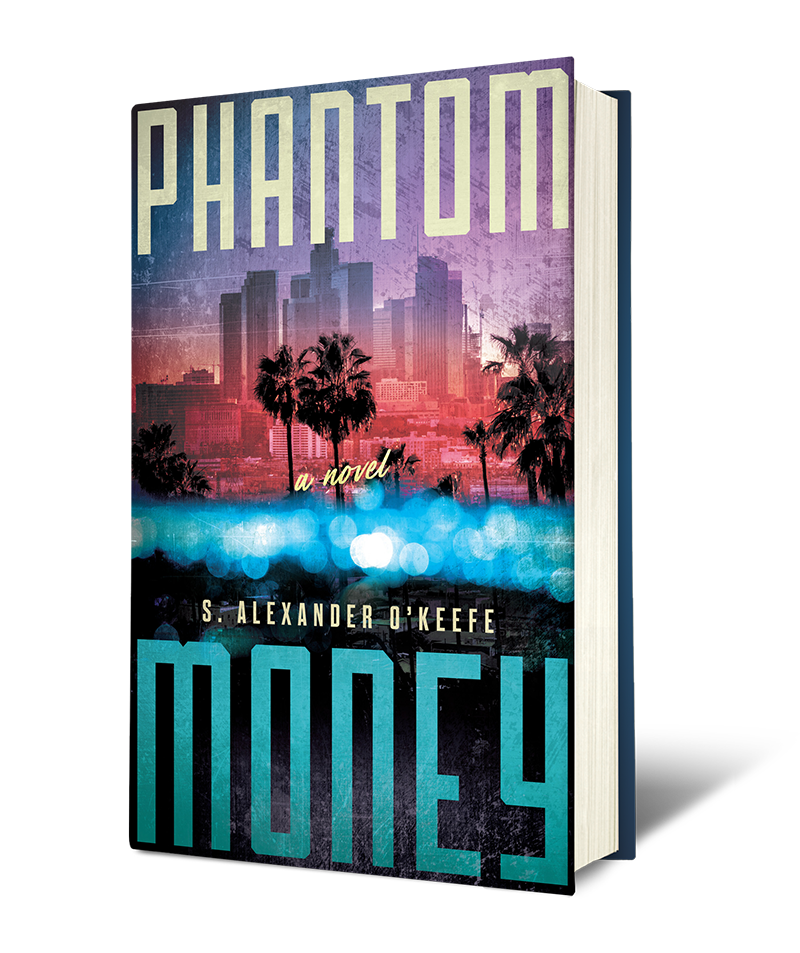 At the center of Phantom Money lies Declan Collins, a brilliant criminal defense lawyer, who writes a screenplay woven around an ingenious money laundering scheme. The script is nothing more than an artistic dalliance until Matt Esposito, Collins’ best friend, gives it to Blackpool Studios, a new movie studio with big money. A week later, Collins and Esposito find themselves on a private jet to Mexico to meet with an investor interested in making the screenplay into a film. Unfortunately for Declan and Matt, the ”investor” is Ramon Cayetano, the head of a very old and powerful Mexican drug cartel.

Cayetano desperately needs to launder one hundred million dollars of drug profits into the US within six months, and he intends to use Collins’s scheme to make that happen. Collins and Esposito are forced to play the lead roles in the illicit operation, thrusting them into a world of intrigue, violence, and mortal danger.

To survive, they must secretly launder a mountain of money in an impossibly short time, deceive an FBI strike team, and outwit the drug lord. Sean O’Keefe has written a complex and exciting page-turner (think The Firm meets Ozark) that will have his readers rapt until its dramatic ending.

You can purchase Phantom Money from any of these retailers: