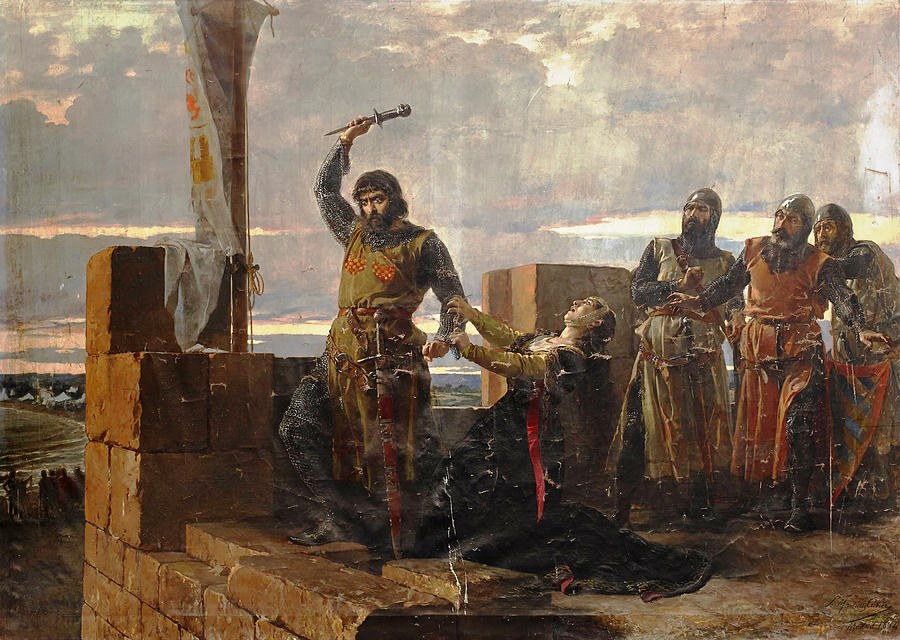 I am writing a scene where a city in Celtic Briton is under siege by the invading Saxons. Since I have never experienced such a horrific event, even in the smallest measure (and surely have no desire to), I am drawing upon my history books and imagination to recreate the scene. Some of the historical events serving as my guides are the siege of Paris by the Vikings in 885, the siege of Acre in 1291, and the siege of Malta in 1565 (I particularly enjoyed Ernle Bradford’s account of the battle for Malta).

Placing yourself on the walls of the city, covered in dust, splattered with blood and gasping for breath, seconds after casting yet another invader back over the wall is a difficult, but necessary thing. Which defender are you? Possibly Kedwyn, the young blacksmith whose leaden arms can barely hold aloft the sword he has only drawn once before in anger.

The man who gave you the sword, your sire, lies at the base of the wall. His lifeless eyes admonish you to avenge his taking as you prepare to engage yet another oncoming wave of screaming warriors. You no longer fear death. His near touch is so familiar it is akin to the flames raging in your forge each day; dangerous, even deadly, but a thing to be endured. There is only one fear that survives within, and it lends inhuman strength to your exhausted body: The fear of the fate that will befall your young wife and son if you and your brethren fail to hold the wall.

So, as the ladders of enemy touch the wall, once more you “[s]tiffen the sinew”, “summon up the blood”, and “lend the eye a terrible aspect”, to quote William Shakespeare (Henry V), and prepare to defend the wall until the end, for good or ill.

I wish you well.